Land for indigenous communities is not only important for physical but also cultural and spiritual survival, as the land represents not only sustenance, but also a way of life. Indigenous practices are then interesting to planners as they often prioritize the interests and health of the community at large, rather than the individual. 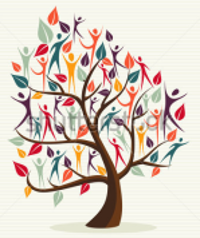 Urban planners are tasked with mediating between multiple interests, including community, business and government. It is compelling to consider indigenous models of conflict resolution to support this work. This interest is based on two assumed characteristics of indigenous cultures:

Given the accuracy of these two assumptions, indigenous models of conflict resolution are likely to have direct relevance to urban planners, whose work is a reflection of the value of land to our communities. Planners interested in collaborative planning will find these models especially compelling for their focus on the community versus the individual.

Lawrence Susskind and Isabelle Anguelovski declared in a 2008 report, Addressing the Land Claims of Indigenous Peoples: “Land and attendant resources are crucial to the definition of indigeneity and to the prospects that indigenous peoples will be able to maintain their identities. Taking away their land or forcing urbanization on native populations is equivalent to destroying them” (Susskind & Anguelovski, 4). Land for indigenous communities is therefore not only important for physical but also cultural and spiritual survival, as the land represents not only sustenance, but also a way of life.

A common theme in indigenous communities seems to be the preservation of peace within the collective; “solutions are not solely about right and wrong, but also about preserving honor, pride, and peace amongst all the disputants (Wolf, 17). Prioritizing community harmony above individual gain or retribution therefore seems to be a powerful element of indigenous culture.

In 2000, water policy expert, Aaron T. Wolf asked a similar question around the relationship between water, conflict and indigenous knowledge. After studying two desert cultures, the Berbers and the Bedouins, Wolf found several interesting approaches to addressing water scarcity and conflict, including approaches to negotiation. Wolf and his team found several approaches such as allocating time, not water, and prioritizing demand, to be successful conflict mediations. Further, both communities have sophisticated ADR, including respected mediators/authorities, shared visioning exercise, threat of “BATNA” (which in this case is a zero-sum solution decreed by the regional court), and ritual ceremonies of forgiveness (Wolf, 375-380).

Two North American indigenous approaches to conflict are of particular interest for considering land use and community conflicts: council and Ho’oponopono. Both council and Ho’oponopono are ancient practices with similar philosophies. Jack Zimmerman and Virginia Coyle of the Ojai Foundation authored The Way of Council, the book that served as introduction of the ancient, indigenous practice into the modern, westernized world. The authors consider Ho’oponopono as a form of council, but there are distinguishing characteristics of each, which will be discussed below (p. 4). Council is today conducted and taught at the Ojai Foundation, with facilitators working in schools, prisons, and organizations to bring council into their respective cultures.

Zimmerman and Coyle trace the tradition of council on the North American continent to the League of the Iroquois, and the Plains and Southwestern Pueblo tribes, noting that councils also have a prominence in Quaker culture and in the Islamic world, and are described in classical Greek literature, such as Homer’s Iliad. The authors were sure to make clear however that their intention was not to appropriate the sacred ceremonies of any culture but rather to “practice a form of council that honors the spirit of the ancient ceremonies without the pretense of being traditional” (p. 5). They go on to state: “We believe that the many forms of council belong to all people who gather in the circle to embrace the challenge of listening and speaking from the heart” (p. 5).

Attending council trainings would be necessary to a sophisticated and nuanced understanding of the practice as it is held by the Ojai Foundation. However, this book does serve as a great overview and effectively provides a descriptive narrative of the council process. Distinct from the practices of mediation and negotiation already reviewed, the goal of council is to listen, rather than find resolution. It is a spiritual practice in that it “awakens the desire for, and provides the means to expand consciousness of Self (and) Other” (p. 5-6).

“Participating in council teaches us how to let go of personal expectations and become fully attentive to others. The practice fosters compassionate response and provides a continuing source of wisdom. Compassion arises naturally when we listen with respect and express ourselves honestly with an open heart.” (p. 6).

Council is usually performed in circles and is characterized by the use of a talking piece, which acts as a symbolic pulpit, marking the one who is speaking and distinguishing everyone else as listeners. “It represents the organizing principle of council and powerfully communicates the spirit of the circle. Its presence reminds everyone of their commitment to the form and intentions of the process” (p. 16). Everyone in the circle should get an opportunity to speak, with members of the circle being encouraged to speak as openly and honestly as possible, in order to build the honesty and trust which are “central to the viability of council” (p. 46). The authors and their fellow council facilitators developed a set of four intentions to be spoken at the beginning of ceremonies that are meant to summarize the spirit of the process: 1) speak from the heart; 2) listen from the heart; 3) be brief; 4) spontaneity.

The authors provide direction to would-be council facilitators on directing the process. As councils can convene around a specific issue or conflict, facilitators do specify a direction for the council to take, and an artful leader can move the group back into focus if it begins to go too far astray. However, this is not always recommended, as “part of the power of council is to uncover the real agenda for the group” (p. 42). And while decisions or resolutions are at times not uncovered after a single council, “a process has been inaugurated that will lead to resolution in the near future” (p. 61). In this way, council provides tools to build relationship and community that is able to creatively and compassionately resolve problems and make decisions. This can be done in a multitude of settings, from working with organizational or other forms of communities, to families and couples.

Ho’oponopono on the other hand is a “complex system for maintaining harmonious relationships and resolving conflict within the extended family” (Shook, 1). The term Ho’oponopono literally means “setting to right” (Shook, 1). E. Victoria Shook originally wrote the book, Ho’oponopono: Contemporary Uses of a Hawaiian Problem-Solving Process, in 1985 to illustrate how Ho’oponopono was being adapted for use in social service agencies, private consultations and counseling practices (p. 1). While council appears to be intended for adaptation to groups of various sizes and member constructs, Ho’oponopono sounds to be originally intended for use within families. This distinction however does not necessarily hold very concrete boundaries when the traditional setting is considered, i.e. tribal culture where most members are “extended family.”

Storytelling is a shared cornerstone of both council and Ho’oponopono. Quoting Boggs, Watson-Gegeo, and MicMillan (1985), Shook explores the Hawaiian tradition of “talk story” as “a complex art consisting of recalled personal events, parts of legends, joking, verbal play and ordinary conversation. According to one local observer, people often talk story as a means of searching for and recognizing shared feelings” (p. 3-4). Zimmerman and Coyle describe a similar regard for story in the council tradition: “Wisdom about the human condition and our relationship to other forms of life was transmitted exclusively by means of the oral tradition for millennia… Story and council are inseparable . . . One of the simplest ways to increase the feeling of intimacy in a council circle is to invite stories” (p. 72-73).

Ho’oponopono however has a distinct sequence of steps for “setting to right” and restoring harmony (Shook, 11-12). Pule is the initial step; it is a prayer for assistance and guidance given by the leader or facilitator. Kukulu kumahana is the second step during which the general problem is identified; the term itself refers to joining strength for a shared purpose. The hala, or specific transgression is stated, followed by a long discussion in which it is the leader’s responsibility to facilitate the discussion so that not only the specific transgression but all other associated or ensuing misunderstandings or hurts are clarified and understood. The third step is mihi, or sincere confession and request for forgiveness. Restitution, if necessary, is also a part of mihi. This is followed by kala, wherein all involved parties release the negative emotions and ties associated with the conflict. The process closes with pani, wherein what has taken place is summarized and the family reaffirms their strength and “enduring bonds” (Shook, 12). This highly structured, four-step process is perhaps most familiar and therefore successfully used within Hawaiian culture, but has been incorporated into western therapeutic processes since at least 1975 (Shook, 1). While the above steps appear self-evident, the process itself is deeply complex and would therefore require participation in trainings to more fully understand the subtleties, nuances and dynamics of the process and its attendant culture.

Indigenous practices are then interesting to planners as they often prioritize the interests and health of the community at large, rather than the individual. This is useful to planners who are responsible first and foremost to the interests of the community, in its broadest definition. Both council and Ho’oponopono are formatted to not only consider the community at large, but also to develop the people and relationships that support a healthy community. The community benefits from the development of individuals and relationships that are better able to withstand and manage conflict.